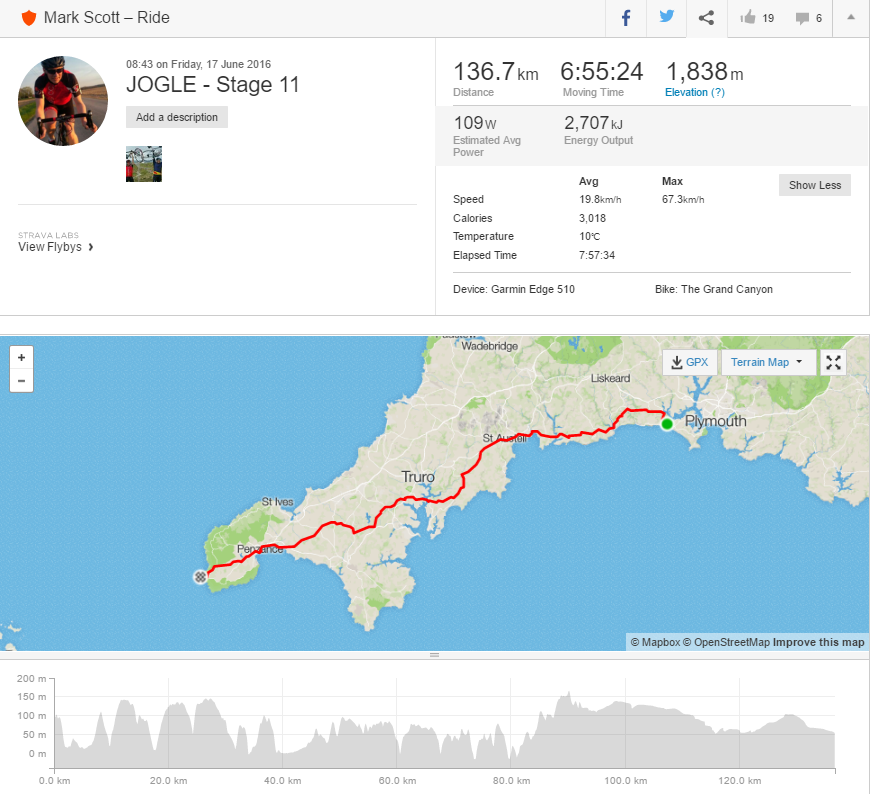 The last leg, yep 130km to the end goal. Set off a bit earlier than usual and immediately hurt myself just getting out of the B&B as the driveway was a 45 degree hill back up to the main road. What followed was 4 hours of hell, breakneck downhills followed by evil climbs repeating over and over. (Think one of those horrible programs you can dial into a gym workout bike) Then the rain started and what followed was 2 more hours of drizzling wet (at least it was not windy) As I got to penzance … the Wind started, a howling SW (in my face) slowing my speed to a leg busting grind.

Eventually once I had negotiated an out of use cycle path (by climbing down to the sea and up over a newly constructed sea wall… bike over my head like some marine in a Vietnam movie) I was given a sign by the cycling gods..

A cheeky sprint at the end to give the impression that I had been doing some crazy speed all the way .. and the job was done.

The bike is now at the bottom of the cliff at Lands End if anyone wants it. (Although I think the tide may have washed it out to sea)