A small market village called Orton is where I found myself next virtually arriving at. Established in the reign of Edward the first during the 13th Century it looks out over views of Orton Scar and Howgills. At the south end of the village there are two halls. Passing through the village, Wainwrights Coast to Coast walk makes Orton a great stop before the longer stretch towards Kirkby Stephen. Castle Folds, not far behind Orton Scar is a small fort constructed during the Scottish raids to hold cattle. One of the founders of the Quakers, George Whitehead was born in Orton in 1636.

Next we virtually ventured 20 more km from Orton to Kirkby Stephen.

Kirkby Stephen like Orton is also a market town. It lies at the head of Eden Valley, to the south east. Croglam Castle contains examples of pre-historic earthworks and is found on the southern edge of town. If you are a big fan of Merlin (like me) or the Arthurian legend, be sure to check out the Pendragon Castle in Matterstang.

Although not as impressive as the one in the tv series, the ruins of the castle that were founded by Uther Pendragon have their own story. When the saxon invaders poisoned the well, Uther and a hundred of his men were killed there. Not only this but there are claims that Romans built at least temporary forts around the area.  If you would like to read more about it click here. Please do however note that if visiting in person, the castle is on private land, eventhough access is permitted be careful. (despite recent restoration it could potentially be dangerous)

Due to Wainwrights walk passing through the town, there are lots of facilities on offer to the visitors.

Despite me counting every week. I seemed to have miss calculated it would seem that we have also reached Keld if I follow this programme.

At some point on this adventure, traveling a further 23 km. We found ourselves virtually in Keld. Keld is a small village situated near the Hartley fell. It looks picturesque from the photos, however there was very little information on the place itself. It seems to have everything we would need to rest up for the night before another 20km from Keld to Reeth.

I last posted before I went on holiday to Bude. I am sorry for the lack of posts over the 11 days, there was intermittent WIFI and frantic packing as I got ready for the return to school. Before I begin with the kilometre stats, as I said before I am currently at school therefore getting in the kilometres is more challenging. Thankfully, in two weeks I will be off on Exeat with my friend Tilly and we are planning on doing a walk considering all is well with her broken foot. In about five weeks is my half term, meaning that my challenge will be over. However, I am hoping to extend it for the half term week if need be. Here is the link to Macmillan’s page if you would like to see what your money or support is doing to aid this great charity.

Okay enough about me, so this time we virtually ventured another 51.34km along the coast to coast path.  Bringing us to a new total of 161.88km.

Hi, So according to this plan  , since last I wrote I have virtually run through the beautiful villages of Grasmere, Patterdale and Shap. The first village I ran through was the lovely village of Grasmere. It has many shops, pubs and cafes. You can visit William Wordsworth’s grave in the churchyard and buy some yummy yummy Grasmere Gingerbread. There are lot’s of popular walks some of which that follow the Red Bank Road and follow the shore towards Rydal Water. There are no motor boats nearby so the lake is a fabulous place to swim, kayak and maybe even row. Boats are available for hire in the summer time.   Next I passed through the quaint village of Patterdale. Close to Glenridding by Ullswater, this village is perfect for walking especially during the summer months. There are so many trails around the village, ranging in trails for different abilities. The views from the top are incredible.   The final village I visited on my virtual adventures was Shap. The area of Shap was extensively settled in the Neolithic times.  In the 1980’s it ran dry. The beautiful valley is most definitely worth visiting. About half a mile to the west of the village there is the Shap Abbey you can visit.  The Shap Summit is the highest point on the west coast rail. It also has a market Cross which dates back to 1687.  It is now used as the building for the Local History Society’s Heritage Centre. Famous for its granite, the pink polished granite is found in many of UK’s buildings like outside St Pau’s Cathedral. 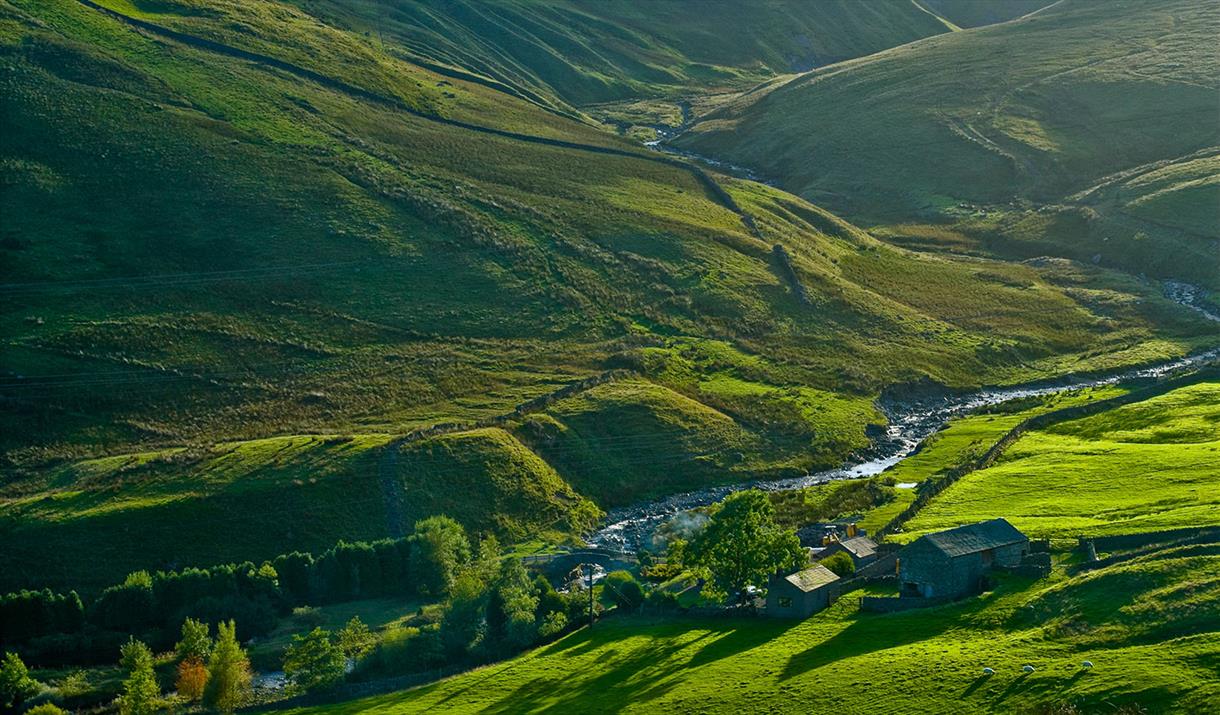 Okay so these last few weeks I have been staying with my Grandmas and getting in lot’s of exercise. I have done 50.12km since I last wrote.  This takes the total kilometres up to 110.54km so far. Meaning that I have 182.46 km left to complete with over 2 months to go.

I completed this walk yesterday as part of the 110.54 km.